The variety of Sicily food and wine is the result of thousands of years of mixed settlements. Numerous historical strands come together to create a wide and mixed culinary tradition. In fact, it combines the ancient Greeks, Arabs and Normans and as far afield as Spain, Greece, North Africa and the Middle East.

Traditional recipes have survived for centuries and Sicily food filled over the reach caste for Centuries. Since the times of the Greeks, the abundance of fruit and vegetables was considerable. But, it wasn’t until the Arabs came to the island that the Sicily food and wine tradition took shape. Indeed, the Arabs introduced spices and sultanas and contrasted the flavours with pistachios and almonds.
Furthermore, the Saracens bought the Aubergine (eggplant), as well as citrus fruits and pasta. On top of this, they also bought sugar cane to Sicily, helping it develop the typical flavours of Sicily food and wine.

We can group Sicily’s cuisine favourite elements according to the Tricolore – the three colours of the Italian flag. Therefore, Red is the colour of the essential ingredient of Sicily, the tomato “il Pomodoro”. White is of course garlic, a primary ingredient used in 80% of all savoury recipes. Green is good quality olive oil, the prime delicacy of Sicilian food and wine tradition.

What is impressive about Sicily’s cuisine is that most of these fantastic tastes came out of poverty and deprivation. In the past, Sicilians applied the principle of preserving the freshness of the ingredients, and most importantly never letting one taste overpower another.

So, the key to all of Sicily’s dishes is simplicity. Above all, prepare yourself to have your taste buds educated, converted and pampered.

Archaeologists suggest that Sicilians started to make wine since at least the 1400BC. Since the old days, Sicily’s climate and terrain are almost too good for making wine. Nowadays, vineyards cover nearly 120,000 hectares, making it the second largest wine producing region in Italy.

Until recently, the island produced quantity rather than quality wine, due to Sicily’s climate of long hot summers. However, there has been a dramatic change in Sicilian winemaking. During the years, producers have been inventing new techniques, and the island is now one of the most exciting wine destinations in the world.

With this renaissance in the last 20 years, the islands world-renowned wineries have won prestigious international awards.   Western Sicily produces the Bianco D’alcamo and of course the sweet Marsala. Nero D’avola and Cerasuolo di Vittoria with their deep red hues are the products of southeastern Sicily. The Nerello Mascalese comes from the foothills of Etna with its rich lava engrained soil.

Sicilian Reds have now overtaken the whites. Typically, the primary improvement has been the blending of Cabernet Sauvignon, Syrah, Pino Nero and Merlot grapes with traditional Sicilian varieties, like the Nero D’avola. 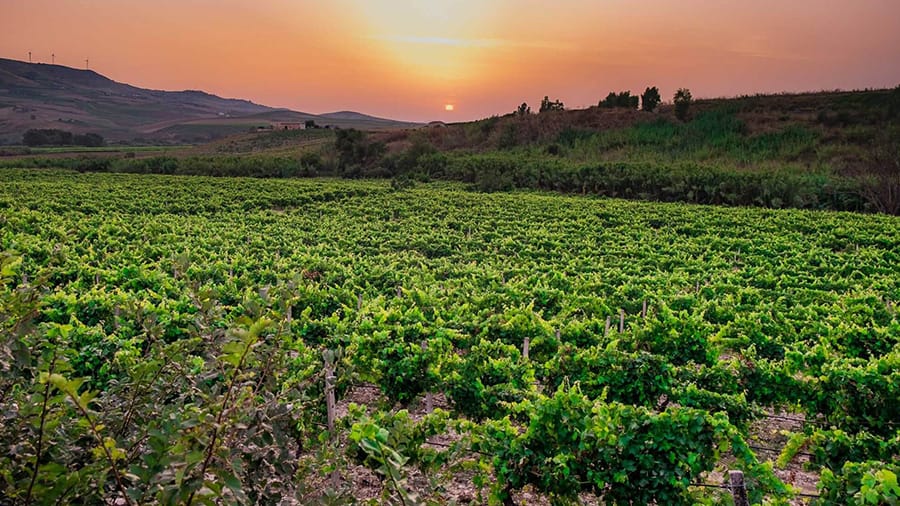 As we saw, Sicily Food and Wine culture are rooted in the Region. During your holidays in Sicily, you can enjoy the taste of the fabulous Sicily food and wine from amazing places.

For instance, you can check our Mount Etna Tour and Wine Tasting, to experience both the visit to one of the biggest active Volanos in Italy and the tastes of Southern Italy.

Alternatively, you can choose our La Dolce Vita Sicily Tour, a wonderful Sicily Tour in Two Days to the discovery of the best restaurants in Sicily.