Many people ask how many are Sicily airports and which is the most important Sicily Italy Airport. In this Sicily Airports Guide 2018 we will ask you all the questions related to this topic. Moreover, we will indicate which is the main airport in Sicily and which is the best Sicily International airport.

Sicily airports are six in total. But, only 4 of them are Sicily International airport, serving international touristic flights.

Here below you can find a Sicily Airports Map showing the main airports in Sicily.

First of all, the largest and main airport in Sicily is Catania-Fontanarossa. Then, there are the Sicily airports of Palermo Falcone-Borsellino, Trapani Birgi, Comiso Pio La Torre. At last, there are also two smaller airports: Lampedusa and Pantelleria. Those two Sicilian airports operate only domestic flights.

In order to visit the best places of the island, you can get to Taormina, Catania, Palermo by boat or on a flight. In particular, there are flights from the main cities in Italy and Europe. Also, if you are already in Italy, there are several trains services from Rome, as well as ferries from Naples. But it is easier and faster to fly into the main airport in Sicily. Especially, in this article, you will find a guide to the Four International Sicily Airports. 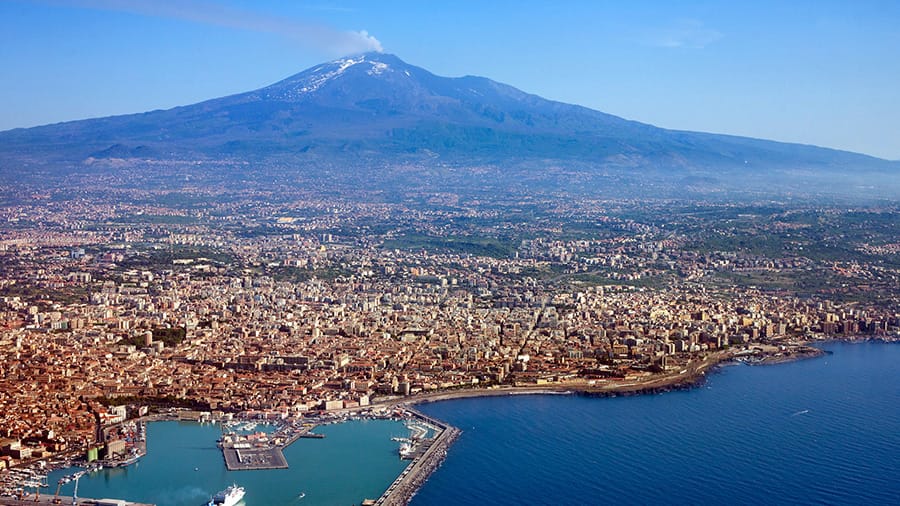 First of all, the Airport of Catania is the oldest airport on the island. Initially, it was opened in May 1924. Then, it took the name from the opera composer Vincenzo Bellini, who was born in Catania.

Data and facts about Catania Airport

Catania is the second largest city in Sicily and it’s located on the east coast. Besides, the airport is approximately 7 km from the city it is the busiest among the Sicily Airports. Also, it is the 6th busiest airport in Italy. During the year, the airport operates the major airlines and low-cost flights.

How to get to the Catania airport?

If you plan to visit Messina, Taormina and the area of Siracusa we suggest to chose Catania among the Sicily Airports.
Also, let us know if you need a private transfer from Catania Airport to your chosen destination on the island.

The Airport of Palermo opened in 1985. Then, in 1994, the company GESAP became the supplier for the ground services. So, the District Airport Directorate started to manage the traffic.
Originally named Punta Raisi, in 1992 the airport took the name of Falcone–Borsellino in memory of the two anti-mafia judges Giovanni Falcone and Paolo Borsellino. In fact, the judges were murdered by the Sicilian Mafia in that year.

Data and facts about Palermo Airport

There are a lot of things to do in Palermo. Indeed, Palermo is Sicily’s largest city and it offers a great choice of cultural places to visit. Also, there are amazing places to eat and entertain. Precisely, the Falcone-Borsellino (Punta Raisi) Airport is 28 kilometres from the city. During the whole year, the Airport of Palermo operates the main and low-cost airlines from several cities in Italy and Europe.

How to get to the Palermo Airport?

If you plan to visit western Sicily, and cities such as Cefalù, Caltanissetta, Trapani, Marsala, and Agrigento, we advise choosing Palermo among the Sicily Airports.
Please, let us know if you need a private transfer from Palermo Airport to your chosen destination on the island. 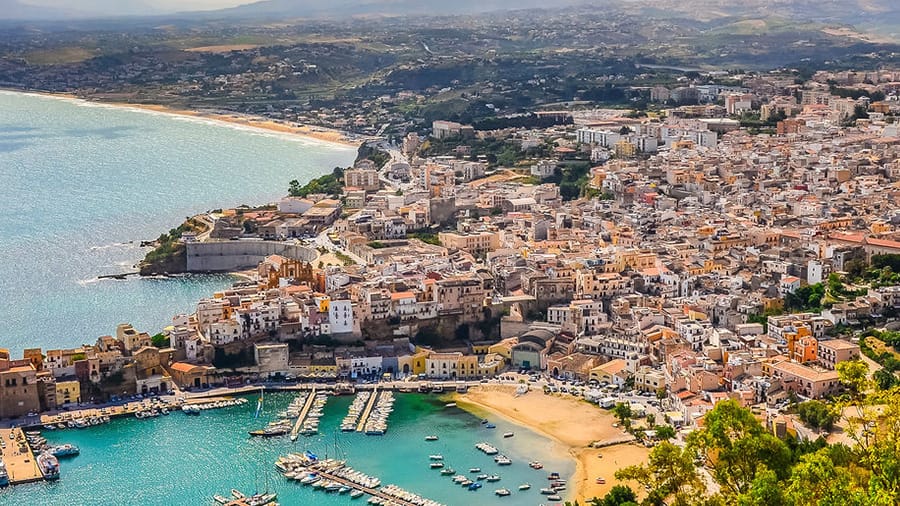 Also known as Trapani-Birgi Airport, the Vincenzo Florio Airport Trapani–Birgi is a military and civil airport. Opened in 1961, it was relaunched by the Province of Trapani in 2003 after a period of inactivity.

Trapani is a city in the western coast of Sicily. Particularly, it is well known for its port, one of the major fishing ports of the island. Also, the port is the main gateway to the Egadi Islands. Notably, the Airport of Trapani is 15 kilometres from the city centre. Moreover, it hosts several flights, mainly low-cost connections.

How to get to the Trapani Airport

If you plan to visit the north-west of Sicily, such as San Vito Lo Capo, Favignana, and Marsala, we suggest choosing Trapani among the Sicily Airports.
Let us know if you need a private transfer from Trapani Airport to your chosen destination on the island. 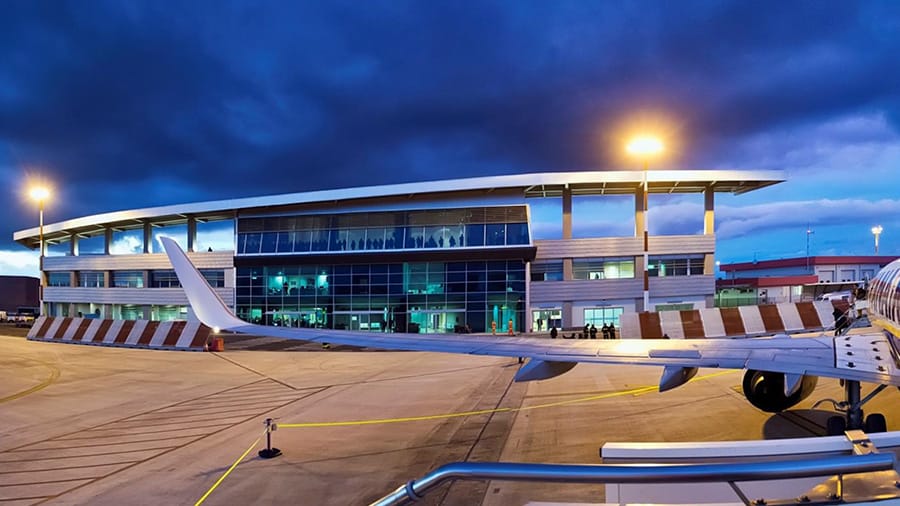 Also known as Vincenzo Magliocco Airport, the Comiso Airport Pio La Torre is located in the Sicilian town of Comiso in the Ragusa province. Originally, the airport took the name from the Major General Vincenzo Magliocco, the first Sicilian to become a general officer in the Italian Air Force.

Data and facts about Comiso Airport

Comiso is a nice and friendly city, in the province of Ragusa. Furthermore, the airport is 5 kilometres from Comiso centre, 15 kilometres from Ragusa, and it is also near Vittoria and Gela. After years from the opening, it changed from military to civil use in 2005.

How to get to the Comiso Airport?

If you plan to visit Ragusa, Modica, Gela, Siracusa, and the south part of Sicily, we advise choosing Comiso among the Sicily Airports.
Eventually, let us know if you need a private transfer from Comiso Airport to your chosen destination on the island.

Transfer from and to Sicily Italy Airports

Excursions Sicily is an expert and local company operating Sicily Airport transfer. We operate private transfers from and to every Sicily Italy Airports. So in case you need a high quality and safe private transfer in Sicily feel free to contact us for a free quotation.