Since the first recordings of the history of Sicily, the region was rarely conquered as a whole, but more in parts and over time. For centuries, external powers took control of Sicily. Among the most known empires, the Romans, Vandals and Ostrogoths, Byzantines, and Islamics alternate their domain on the island. Then, after years of bloody wars, Sicily experienced long periods of independence, as under the Greeks and later the independent Emirate, and the Kingdom of Sicily.

All these domains left their marks on the island’s cultural heritage. Even today it’s easy to find a Greek temple next to Roman villas and aqueducts or Norman cathedrals near Baroque churches.

So, due to the long history of Sicily, this is one of the regions in Italy that offers the highest concentration of historical sites.

The early history of Sicily

From the construction to the Byzantines

Sicily’s early history began gloriously with centuries of Greek domination and flowered again under Arab and Norman dominion. In early 1250bc. three tribes were sharing the domain of the Region: The Sikans of Iberian origin, The Elymians of eastern Mediterranean origin, and The Sikels from Italy mainland and from who Sicily took its name. 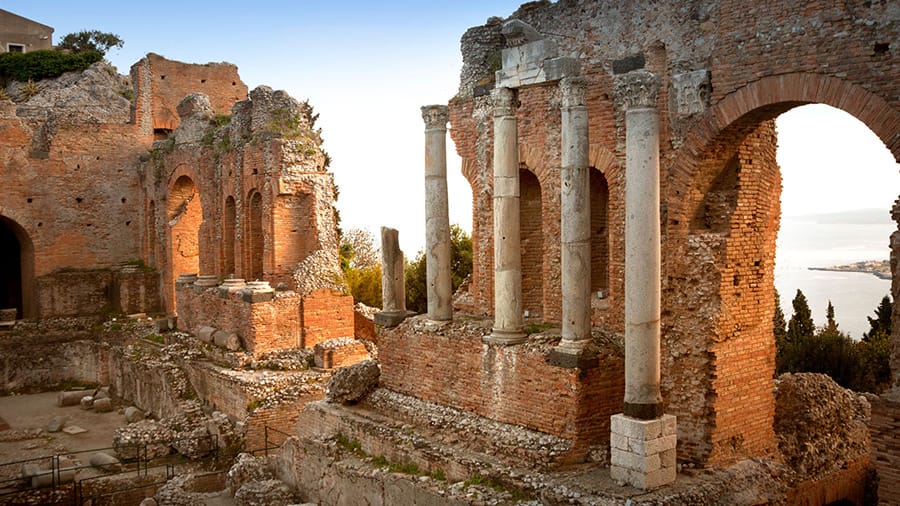 The arrivals of the Romans

So, for almost 1000 years, the population in Sicily suffered grievously at the hands of the less cultured and more rapacious foreign rulers. The history of Sicily is full of bloody wars, due to the strategic position of the island in the Mediterranean sea. The location has always been perfect for the commercial route where East connected to West. In 200BC after plenty of bloodsheds, a new powerhouse of the empire emerged. The Romans besieged and captured Sicily.

The conquer of Sicily was the first capture for the Romans and the most significant due to the fertility of its land and the taxes and tributes gained. Such was the greed with which Rome exploited Sicily that when the Byzantine’s power outlived the Romans, they found little of value. 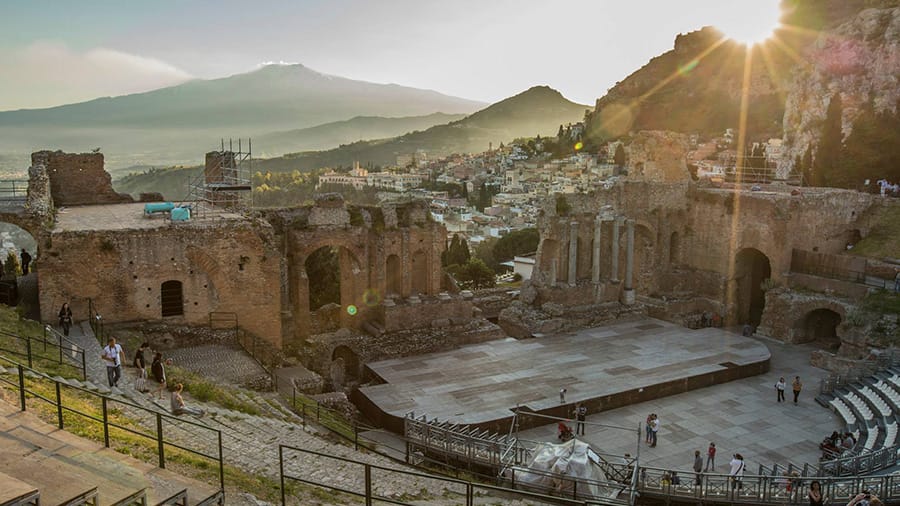 From the Byzantines to the Saracens

The Byzantines foothold lasted some 300 years and during the Seventh Century. After the Byzantines, the Saracens invaded the island. This population effectively made Sicily flourish again. They created lush gardens, mosques and palaces. Above all, the most important heritage of the Saracens were the irrigation methods throughout the island for their booming agriculture which is still in use today.

Unfortunately, the Saracens rule like so many others was short lived. 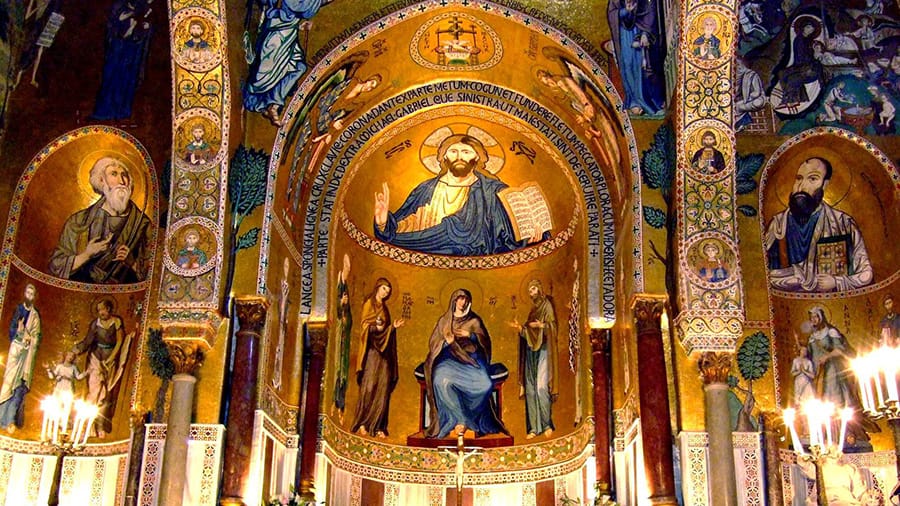 From the Normans to King Frederick

As you may, notice not all Sicilians are short with dark skin and hair. They are also tall, blond and with blue eyes. These characteristics come from the Normans, which conquered Sicily in the Eleventh Century.

During their reign, the Normans built some masterpieces of the history of Sicily. Among those, we can list the Cathedral of Cefalu and the Main Chapel in Palermo.

The Norman’s leader, Count Roger Hauteville, was responsible for the first meeting of dignitaries that would eventually become the first known parliament in Europe. The Normans ruled for less than a century but left a strong social and cultural legacy.

Henry VI was declared King of Sicily in 1194 but died in 1197. After his death, King Frederick took the command, at the early age of 3 yo.

Despite his early age, King Friedrick was a determined and wise king. During his reign, he promoted science, medicine and law, which brought him to receive the status of Holy Emperor. This respectable recognition helped Palermo to become the most influent city in Europe. All the populations considered the capital of Sicily a cultural destination without equal in the western world. 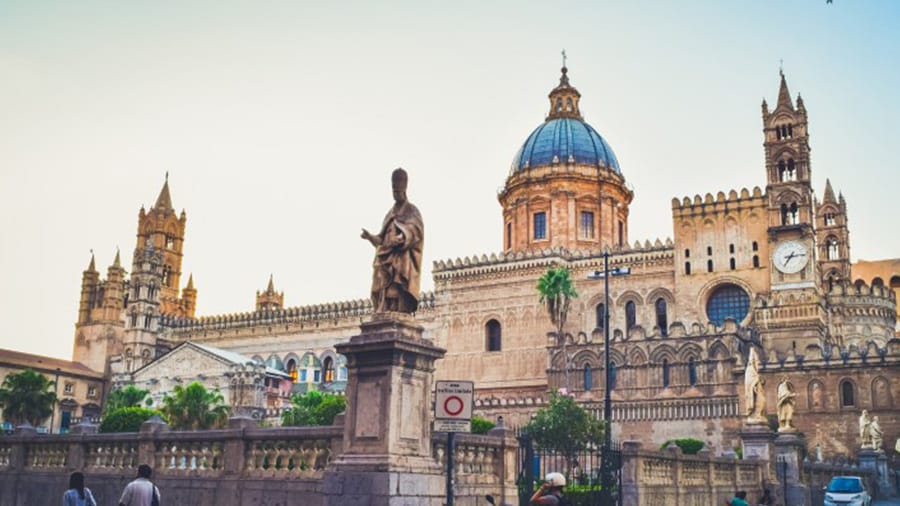 From King Frederick to the Spanish

After the death of King Frederick, Sicily entered a period of decline. The pope handed power to Charles of Anjou, the ruthless brother of the French king Louis IX. During its domain, the French King organized cruel attacks on all Sicilians who were still loyal to their previous king.

It took almost 40 years of bloodshed before the Sicilians, with the help of the Vespers, finally deposed King Charles of Anjou.

During the last years of King Charle’s domain, the reign of Spain was tightening its grip on the island. It took some years of bloody wars, but eventually, the Spanish empire conquered Sicily.

The years of war brought Sicily to a have a society full of corruption, bands of outlaws that were protesting against powers, setting fire to crops, and slaughtering local sheriffs and bailiffs. They also protested against vast estates and inhumane working conditions for peasants. This paved the way for the most notorious criminal organisation in the world to be created, The Mafia. 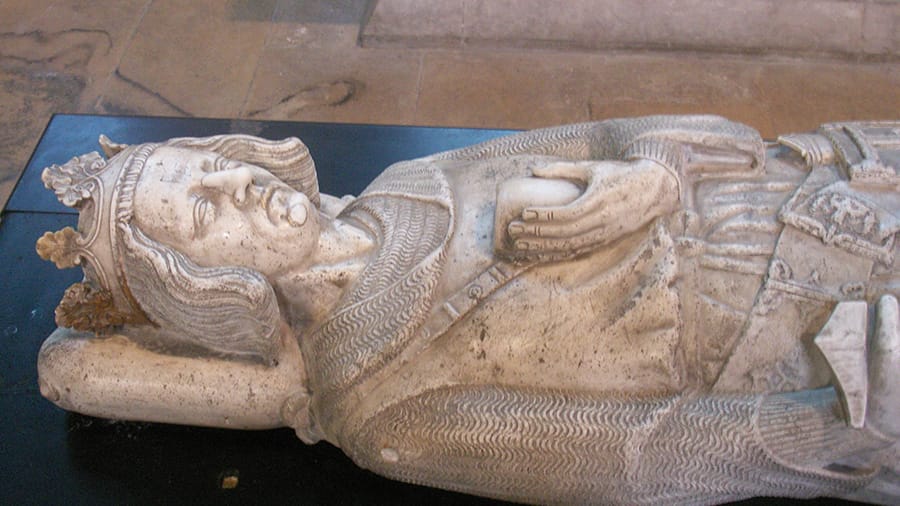 The 17th Century marked an important role in the history of Sicily. During these 100 years, in fact, Sicily history was characterised by natural disasters and invasions, from several conquerors, among which Napoleon Bonaparte.

During the 17th Century, Sicily was struck by natural disasters. The volcano Mount Etna erupted, causing massive damage and totally destroyed Catania. The massive eruption killed about 5% of Sicily’s population.

Analyzing the political situation, the island had become an insignificant pawn among the powers of Europe. Sicily passed from the Savoyards domain to the Austrians, in exchange for the island of Sardinia. 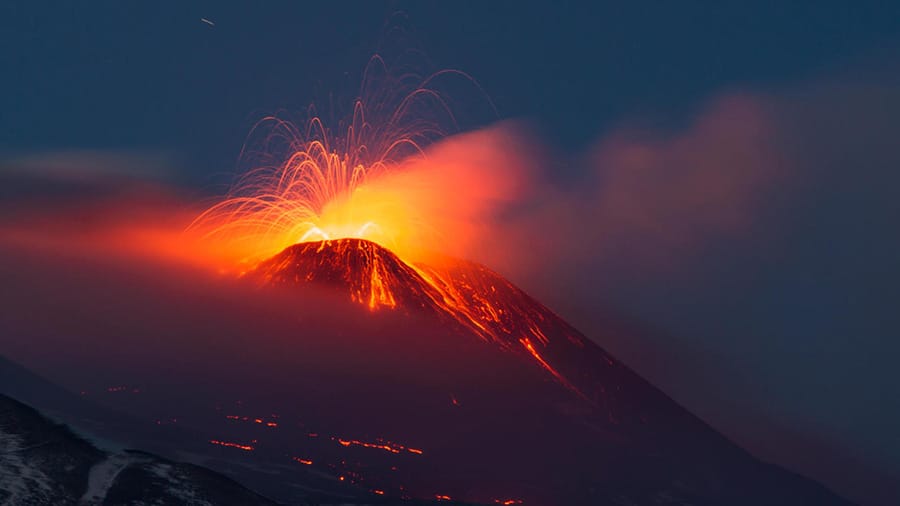 At the beginning of his empire, Napoleon Bonaparte did not invade Sicily. But, after invading Naples, the Bourbons were forced out and sought refuge in Sicily, where they found protection from the British troops. After defeating Napoleon, the British troops left the Bourbons to rule and suppress Sicily and its people.

After years of war and foreign conquerors, during the 19th Century, a saviour changed the situation on the Island. His name was Giuseppe Garibaldi.

During the second half of the 19th Century, the name Giuseppe Garibaldi became the buzzword across the island. In 1860, Garibaldi and his 1000 strong famous red shirt soldiers arrived at Marsala. It took them 3 months to rid Sicily of the Bourbons, who had had a 600-year chokehold on Sicily.

The aristocracy remained firmly in charge of the economy while the peasants got nothing, not even the right to vote. The Mafia became agents for the aristocrats extracting large rents and taxes from the poor. This situation pushed 500,00 Sicilians to emigrate to Australia and America. Most of the emigrants came mainly from the Messina area, which was devastated by an earthquake in 1908, killing 80,000 people. 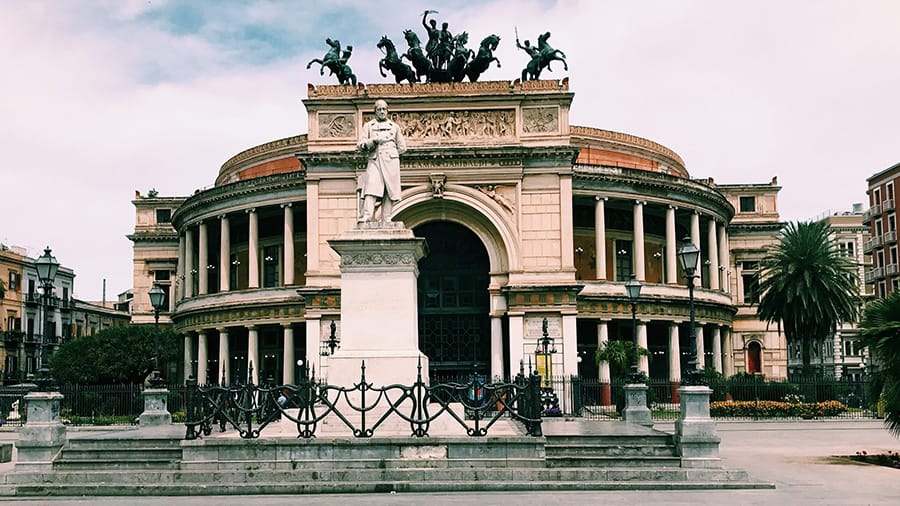 The 20th Century bought even more misery to the island. This Century is marked by the Italian conquest of Libya and the First World War, which devastated the economy in Sicily.

The aftermath of World War I saw the arrival of Benito Mussolini, who had gained power in Rome and in turn declared war on the Sicilian Mafia. In 1943, Sicily was caught up in the World War II. At the end of the Wae, the Americans and the British army landed and pushed through the island, making the Nazis retreat. The Allies were assisted by the mafia bosses, who were eager to rid Sicily of the Fascists, that had tried to wipe them out in the past.

After the end of World War II, Sicilians reviewed their links with Italy. In 1946, the Italian Government gave Sicily limited independence.

This autonomy allowed Sicily to have its own assembly and president. The role of the Sicilian Government is similar to the situation of Scotland with England.

Today, Sicily remains a great enigma. It is an island of incomparable beauty and cultural wealth. Yet it is a world separated from mainstream European life by a tumultuous history that has left a troubled present.

Even though today’s Sicily is better off than at any other time in history, it still has enormous economic, social and political hurdles to overcome. 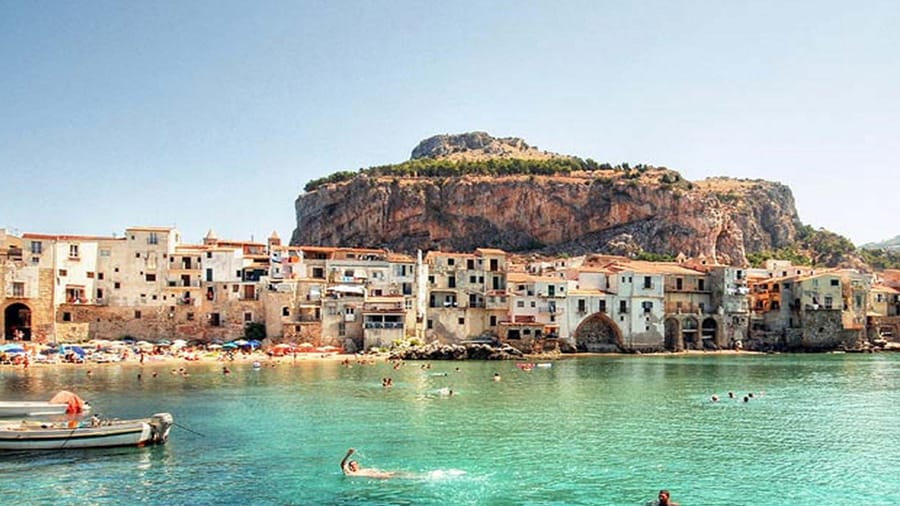 Discover the history of Sicily

Whether you love Greek temples, Roman aqueducts, Norman cathedrals or Baroque churches, Sicily is a region that offers a wide range of historical sites.

You can learn everything about the heritage of the early years of the Sicilian civilization with our one day escorted tour of Sicily at the discovery of Agrigento and Piazza Armerina. In one day, you will visit the Valley of Temples in Agrigento, the Greek Quarter, and Piazza Armerina with Villa Casale and The Duomo.

Alternatively, you can choose a wonderful Sicily Tour in a Day Trip to the discovery of Catania and the Cyclops Riviera.

Check all our Sicily Tours and our personalised services, among which private shuttle service to your favourite location in Sicily, including Airports, Ports, and Train Stations.